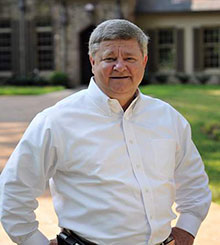 Keith has over 40 years of experience in the construction business divided between commercial and residential construction.  He holds a BS degree in Construction and Real Estate Development from theUniversity of Memphis as well as various other certificates of Real Estate investment.  It was his artistic side and his love of detail that convinced him to follow the residential side of the business.  “I love be able to take a client through the process of creating their dream.”  Keith primarily focuses on upscale custom homes along with larger remodel and interior renovations.

The friendships that I have formed as a result of belonging to this group have served to make me a better person. They hold me accountable to my dreams